Over half a century of history

Industries Riopel Inc. specializes in the development of technology and equipment for red meat slaughter and boning. Its installations are designed to meet health and safety food requirements.

Industries Riopel was founded in the 1970s by Maurice Riopel who worked in the meat industry as an independent. He built a strong reputation for quality of service and the development of innovative solutions for his customers. In 1980, he created the "Les fabrications Maurice Riopel Inc." company and established the factory in Vallée-Jonction. Because of increasing demand for its products, the factory expanded several times.

With a science degree from Laval University, Mr. Christian Riopel joined his father in 1981. While studying, he held various positions in Quebec slaughterhouses. Since 1991, after his father retired, he became President of the company.
In 1996, the name of the company changed to Industries Riopel Inc.

In November 2008, Mr. Christian Riopel invited managerial personnel to become shareholders in order to ensure the sustainability of the company. Riopel focuses its development on markets outside Quebec.

A sales agent has been working in Mexico since 2010 with excellent results. Since January 2014, another sales agent is based in the United States. 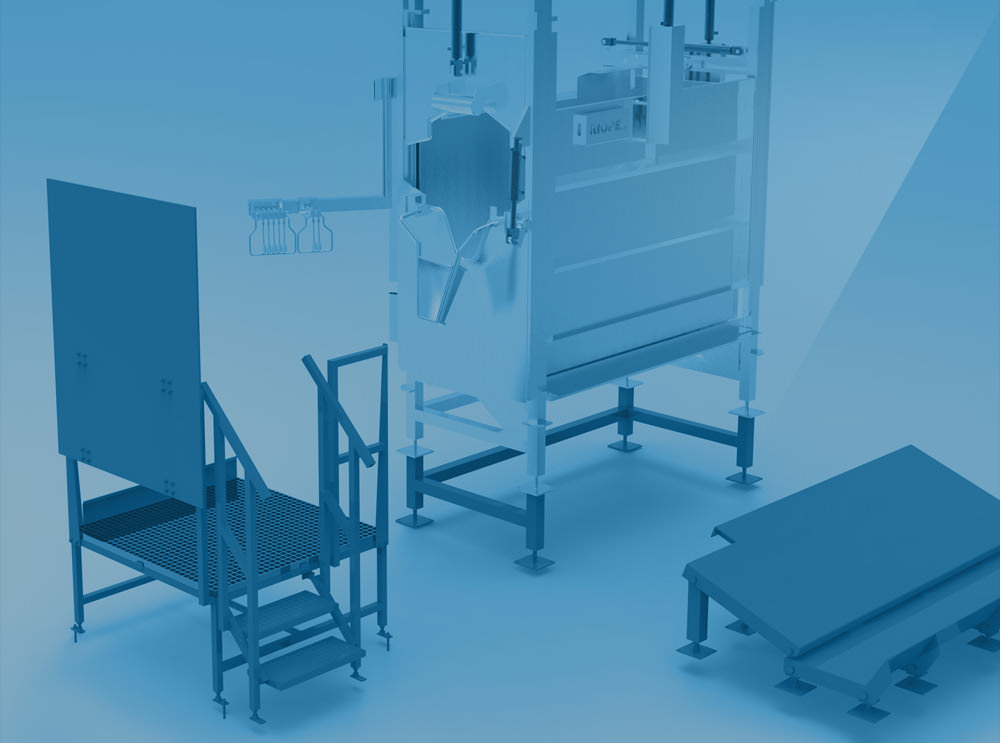 At Riopel, we work constantly on ideas and solutions to increase the efficiency of our customers’ plants by creating, manufacturing and installing a complete range of equipment at the cutting edge of technology.

In everything we do, we focus on partnership, team spirit, respect in dealing with our colleagues, our partners and our customers.